The Tshepo Institute for the Study of Contemporary Africa

On March 28, Emma Thompson published an article in the Guardian newspaper on the looming famine in East Africa, which is threatening the livelihoods of up to 16 million people in the region.  The situation prompted Thompson to reflect on her visit to Ethiopia with the British charity Action Aid in 1984, when drought and famine took a huge toll in human lives and wiped out much of the survivors’ livestock.

Reporting from a recent visit to Dalocha, Ethiopia, Thompson reflects on the progress made since the 1980s, especially for women.  There was access to clean to clean water from a centrally located water kiosk; educational opportunities has expanded for girls; husbands and wives were partnering in business ventures.  I had a similar impression while visiting an Ethiopian friend’s NGO some years ago. I saw microcredit programs for women, dairy programs for peasant farmers, and an educational initiative that brought education to thousands of disabled children.  Ethiopia’s economy was growing in leaps and bounds, and Addis Ababa was a booming city filled with new developments (including a massive conference centre and Sheraton hotel). 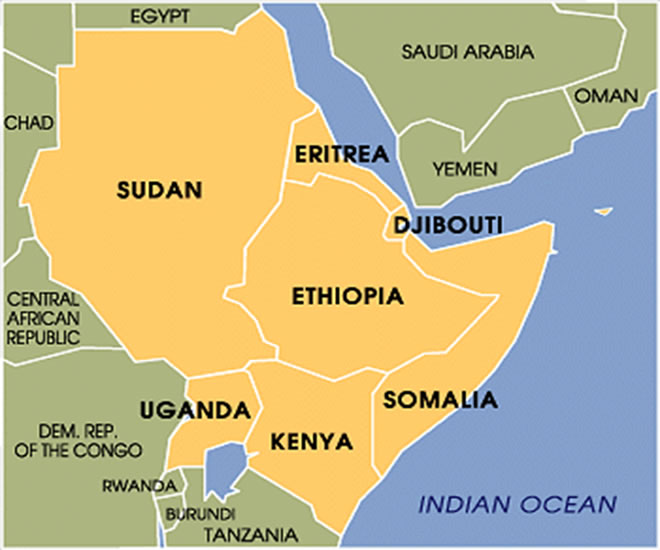 This progress is under threat by the spectre of another famine in Ethiopia and beyond.  For Emma Thompson, it’s an environmental catastrophe brought on by ‘a new wave of drought following the strongest El Niño on record.’  As a solution, she appeals to the readers to donate to the East African Appeal of the UK’s Disasters Emergency Committee (DEC), which mobilizes thirteen UK aid charities during global emergencies.  (It was the DEC’s appeal that brought the current situation to Thompson’s attention). The DEC is capable of raising millions pounds for emergency relief and its member organizations are working on the ground in East Africa as I write this blog.  But in viewing the DEC’s appeal video I’m struck by the same Western discourse I remember from 1984.  Famous actors – Eddie Redmayne and Kiera Knightly today, Sally Field in the 1980s – recite the NGOs’ pleas for money over images of affected people (children, mostly) in Ethiopia, or South Sudan, of Somaliland (it’s not clear where), telling Westerners that they can solve the crisis by mailing, calling or texting a donation.

What’s missing, then as now, are deeper analyses of the root causes of drought and famine in region and, I would add, honest and frank assessments of possible unintended consequences of aid.  There’s a wealth of research out there, from books and articles on the African drought of the mid-1970s, to Amartya Sen’s writing on politics and famine, to current research on the root causes of famine in East Africa and elsewhere.  Sen’s work on a previous famine in Ethiopia, for example, showed that foodstuffs were moving out of the worst drought areas, and implicated the government of Haile Selassie in the descent from drought to into famine.  There is also good work on the uses and abuses of aid, such as Alex De Waal’s research on NGOs and the politics of famine relief.  And I’ve come across other researchers who have uncovered a direct connection between Western NGOs, famine relief and the revolution against Haile Selassie of the 1980s, which led to the current government taking power in Ethiopia in the early 1990s.

This is not to argue that NGOs cannot play an important role in emergency relief.  But I would encourage readers of this blog to move beyond the headlines and dig more deeply into the root causes of famine and the politics of foreign aid.

Alex de Waal, The Real Politics of the Horn of Africa: Money, War and the Business of Power (Polity Press, 2015).

Mark Duffield and John Prendergast, Without Troops and Tanks: The Emergency Relief Desk and the Cross Border Operation Into Eritrea and Tigray (Red Sea Press, 1994).